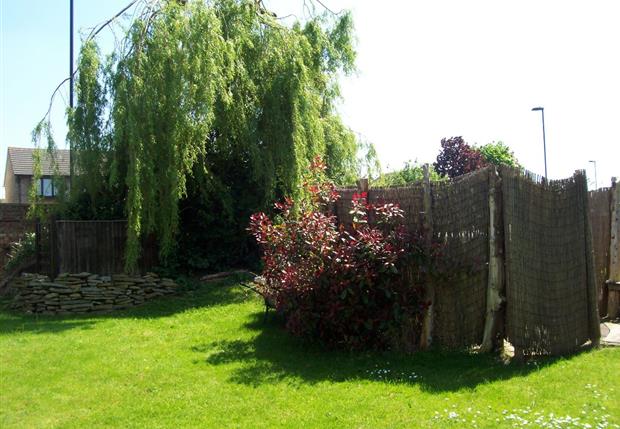 Summary
A detailed planning consent has been granted for a detached three bedroom house of approximately 1214sq.ft in a quiet residential cul-de-sac location. The plans allow for the house to have its own access, garden and on-site parking for two cars. The plot is within walking distance of local amenities such as the doctor’s surgery and primary school.

The Site
This is a mainly level and clear site of approximately 2238sq.ft. The plot will have a new driveway in for its own access and there is a tree to be removed and replaced on site.

The Area
Prior to the 1980’s Stoke Gifford was just a small village in north Bristol. It is now described as a large dormitory village in the north Bristol suburbs. The village has a population of around 11,000 people and borders Filton to the south-west and Winterbourne to the east. There are two parks, tennis courts and two pubs, as well as a dentist and medical centre. There are local shops including Tesco Express as well as a large Sainsburys supermarket. Perhaps the most notable landmark is the imposing Stoke Park, now known as The Dower House, rebuilt in 1750 in the neo-classical style. Stoke Gifford lies some 6 miles north of Bristol City Centre and is close to Bristol Parkway, providing a London to South Wales rail link. The town of Filton, bordering the village, is probably most famous for its association with the construction of Concorde. Aside from this, Filton has numerous primary and secondary schools, including Filton College and Filton High School, whilst Redland High School for Girls is also within commuting range. The town also has a golf club and an excellent sports and leisure centre. Cribbs Causeway is within easy driving distance whilst Bristol City Centre is some 6 miles from the site. Bristol offers all the amenities of one of England’s major Cities, including two Universities, the major shopping centre at Cabot Circus, excellent independent schools such as Q.E.H., Bristol Grammar School and Colston’s and Heritage Sites such as the Clifton Suspension Bridge.
Services
The site has access to all main services including gas. We would advise potential purchasers to make their own enquires to clarify this prior to purchase.

Viewing
The site can be viewed only by appointment through The Land Bank Partnership.
Registration allows you to receive detailed information about land matching your requirements.
Whilst every effort is made to ensure the accuracy of these details, it should be noted that the measurements are approximate only. Floorplans are for representation purposes only and prepared according to the RICS Code of Measuring Practice by our floorplan provider. Therefore, the layout of doors, windows and rooms are approximate and should be regarded as such by any prospective purchaser. Any internal photographs are intended as a guide only and it should not be assumed that any of the furniture/fittings are included in any sale. Where shown, details of lease, ground rent and service charge are provided by the vendor and their accuracy cannot be guaranteed, as the information may not have been verified and further checks should be made either through your solicitor/conveyance. Where appliances, including central heating, are mentioned, it cannot be assumed that they are in working order, as they have not been tested. Please also note that wiring, plumbing and drains have not been checked.