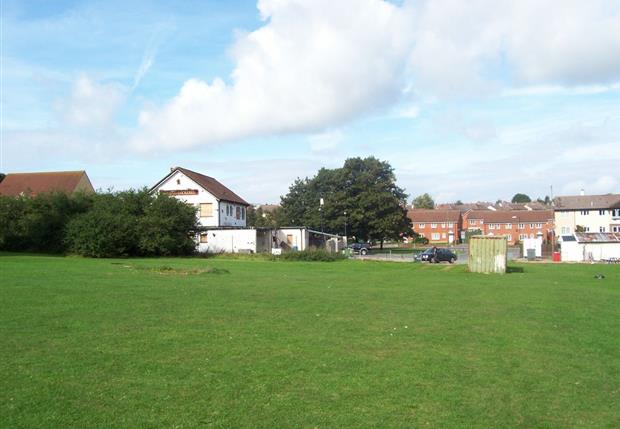 Summary
Detailed planning consent for the construction of nine terraced houses with private rear gardens and on-street parking bays, and one off-street parking bay, for each dwelling. The houses are arranged over two and a half storeys and are approximately 1000sq ft each. The Site overlooks green space to the front of the site laid to grass and with some mature trees. To the rear and side are large playing fields of green open-space and there are a few local shops to the left-side of the new development. The area is quiet and residential.

The Area
Highridge is a ward in the suburb of Bishopsworth at the extreme south-west of the City but less than 4 miles to the City Centre. The immediate area has local shops, pubs, library and swimming pool, children’s play area and primary school with Morrison’s supermarket nearby. The most notable local landmark is Bishopsworth Manor, a grade 11 listed Manor House built in 1720 and within walking distance of the site. Bristol City Centre is some 4 miles from the site, offering all the amenities of one of England’s major Cities including two Universities, the major shopping centres at Cabot Circus and Cribbs Causeway and excellent independent schools such as Q.E.H., Bristol Grammar School and Colston’s Girls School.
Services
The site has all main services including gas on site. We would advise potential purchasers to make their own enquires to clarify this prior to purchase.

Viewing
The site can be viewed on an open-viewing basis.
Registration allows you to receive detailed information about land matching your requirements.
Whilst every effort is made to ensure the accuracy of these details, it should be noted that the measurements are approximate only. Floorplans are for representation purposes only and prepared according to the RICS Code of Measuring Practice by our floorplan provider. Therefore, the layout of doors, windows and rooms are approximate and should be regarded as such by any prospective purchaser. Any internal photographs are intended as a guide only and it should not be assumed that any of the furniture/fittings are included in any sale. Where shown, details of lease, ground rent and service charge are provided by the vendor and their accuracy cannot be guaranteed, as the information may not have been verified and further checks should be made either through your solicitor/conveyance. Where appliances, including central heating, are mentioned, it cannot be assumed that they are in working order, as they have not been tested. Please also note that wiring, plumbing and drains have not been checked.