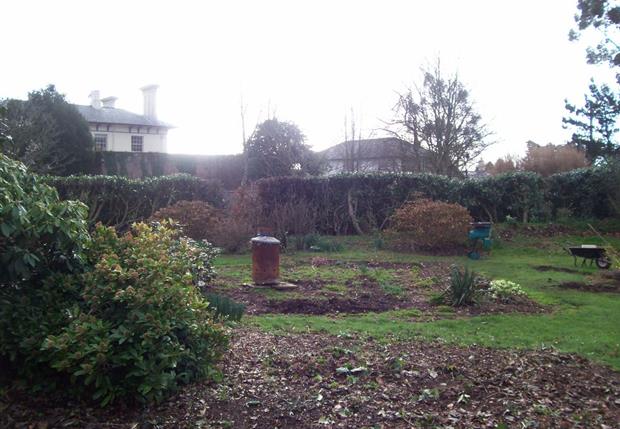 Summary
An outline planning consent has been granted for a detached three bedroom bungalow of approximately 1100sq ft located in a sought-after and charming village, five miles north of Exeter. The plot will have its own access and private mature gardens as well as parking and turning space.

The Site
The site is level and is a generous plot of approximately 7500 square feet. The plot is set in mature gardens.

The Area
The village is unspoilt with some local village clubs and the notable 13th century St. Mary church. The nearby village of Stoke Canon has a village hall, post office, primary school, pub and church. The village is just 5 miles north of Exeter, an ancient City but with all modern amenities. Exeter is the capital city of Devon, notable for the splendid 12th century Cathedral. The recent development at Princesshay has boosted the retail environment of the City, which has a mainly pedestrianised City Centre, served by a Park and Ride facility. The area has the feel of the continent, with pavement cafes and restaurants close to the Cathedral. Exeter has the renowned University as well as excellent independent schools such as Bramdean School, Exeter School and The Maynard School, as well as extensive state primary and secondary education.

Services
The site has access to all main services including gas. We would advise potential purchaser’s to make their own enquiries with regard to services prior to exchange of contracts.
Viewing
The site can be viewed only by prior appointment with The Land Bank Partnership.
Registration allows you to receive detailed information about land matching your requirements.
Whilst every effort is made to ensure the accuracy of these details, it should be noted that the measurements are approximate only. Floorplans are for representation purposes only and prepared according to the RICS Code of Measuring Practice by our floorplan provider. Therefore, the layout of doors, windows and rooms are approximate and should be regarded as such by any prospective purchaser. Any internal photographs are intended as a guide only and it should not be assumed that any of the furniture/fittings are included in any sale. Where shown, details of lease, ground rent and service charge are provided by the vendor and their accuracy cannot be guaranteed, as the information may not have been verified and further checks should be made either through your solicitor/conveyance. Where appliances, including central heating, are mentioned, it cannot be assumed that they are in working order, as they have not been tested. Please also note that wiring, plumbing and drains have not been checked.